Back in 1980, Denise Elder jumped at the opportunity to become one of the first female lifesavers in Australia.

She originally joined her then-local Bronte Surf Lifesaving club, representing them in a momentous ironwomen event, before a few years later becoming the first ever female to sit on the historic organisation’s executive committee.

“I’d been living down at Bronte and a friend of mine said, ‘why don’t you to join the club?” Denise recalls.

“There was going to be a competition in January called the Ironwoman’s competition.

“It was still very much a boys club and I had no aspirations to join. But when someone said, ‘you could be one of the first women ever to compete in the ironwoman’s event in the southern hemisphere’, I thought, ‘this is history in the making.’

“So I madly joined the club and got my bronze, my first aid certificate and ARTC. It was a bit of fun and it was a challenge.”

While she already had an athletic background in swimming, Denise admits completing her bronze and competing on craft for the first time at the age of 31 posed its fair share of challenges.

“I went through the process and received my bronze a couple of weeks before competing,” she remembers.

“I’m standing on the beach and I said to my mentor who was handling my craft, ‘Alex, when are they going to shorten the course?’

“And he went, ‘They ain’t gonna shorten the course for any bird. You have got to do the same courses as what the Riddingtons and everyone else was doing.’

“I was obviously one of the oldest women competing and when competing against 20-year-olds, it’s such a big difference.”

Culturally, Denise believes it took many years for the attitudes of some to change.

“On the beach, we did exactly the same as what the guys were doing,” she says.

“I would compete with fellows because there were no women in the surf club.

“So I would go out and swim with the guys and to begin with they really didn’t accept it.

“They just thought was a bit strange, you know, women coming in and doing surf lifesaving patrols.

“The boys eventually accepted me and even now if I go back to Bronte, some of the old faces still remember me which is nice acknowledgement after all these years.”

Denise recalls with a chuckle a reason why she will never forget her first ironwoman event.

“After visiting the doctor a couple of days later, I found I was six weeks pregnant. My daughter was born in September and I had competed in January.”

Perhaps unsurprisingly, Denise’s daughter Lauren has been heavily involved in Manly LSC over the years, serving as a Patrol Captain, Bronze Trainer and Assessor among other roles.

When Lauren was just a child, Denise found herself in an esteemed position of her own after being approached to become Bronte’s first female treasurer.

She recalls the boardroom culture she had to overcome as a result.

“Sitting in a small boardroom, there was a bit of swearing, shouting and throwing stuff,” she explains with a chuckle.

“The president at that time who was running the meeting would say, ‘gentlemen, we have a lady present’. Then they’d say ‘sorry, Denise’, and off they go again. So I kind of had to cope with that.”

Denise eventually shifted her competition rights to Manly who she has represented at State and Aussies competitions in both the opens and master’s categories.

Through this, she has directly witnessed the breaking down of barriers over time.

“I did notice a very subtle shift over the years,” she says.
“There’s still it’s still a few diehard guys but I think really, most men I see here have always got a smile.
“They know I’m a comfortable swimmer, I’m not a girl that sits on the beach with hair done and makeup on – most of the time!”
Denise is pleased with Manly’s efforts to recognise rich history and contributions of women that have helped the club, and the lifesaving movement as a whole, into the position it is today.
“I think it’s very important that it’s acknowledged because women coming into the surf lifesaving movement has revitalised it,” she reflects.

“For a while there a lot of the clubs were in hiatus, where they were failing as there was no money coming through.

“I think it’s great in acknowledgement of 40 years in surf lifesaving not just for people from my era, but the young people coming through now.”
Denise’s story is one of the many Manly LSC will share in the upcoming weeks so be sure to keep your eyes peeled on the club’s website and social media channels. 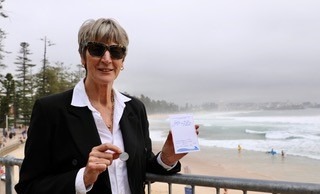 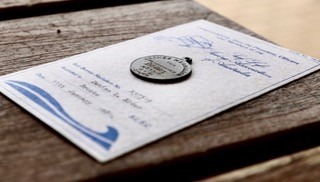